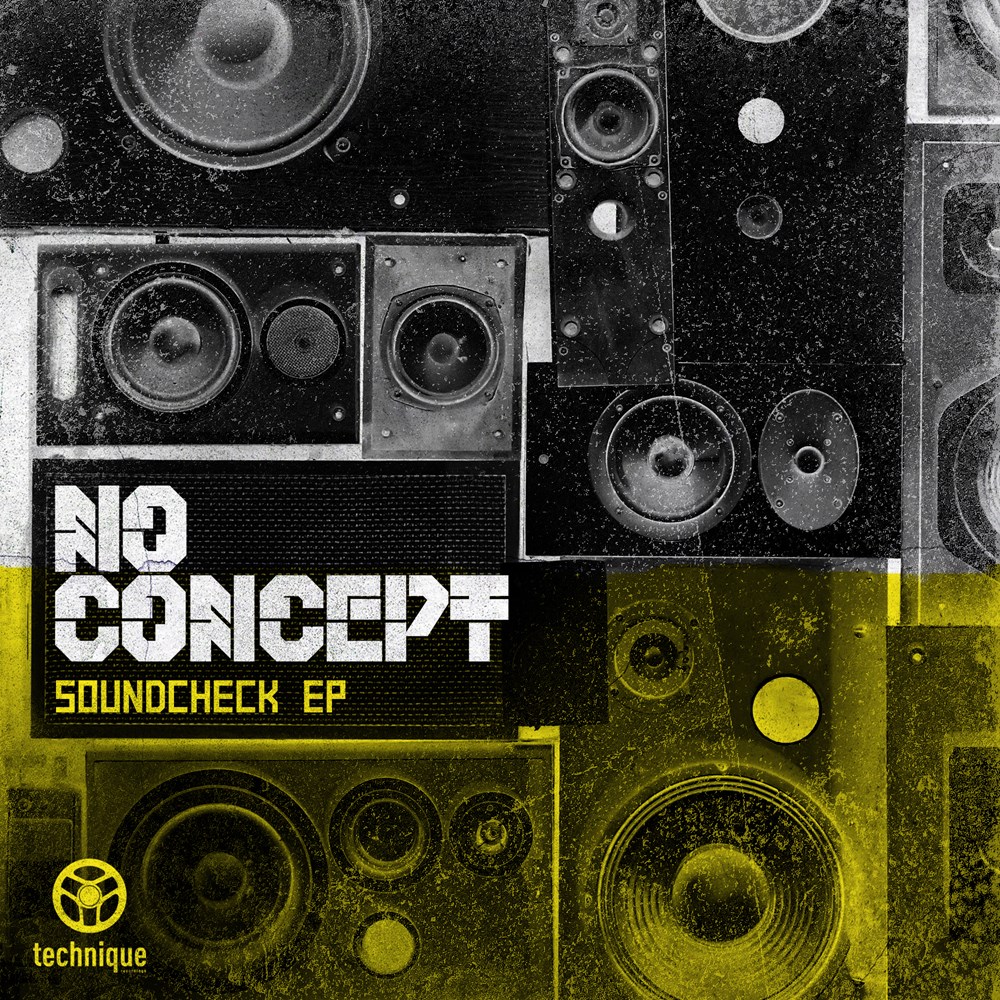 When one of Technique Recordings' new signings drops their first release, there's, understandably, a buzz of anticipation among DnB heads. The duo formerly known as Glass Cobra, even more formerly known as Dubba Jonny & Russla, now going by the name No Concept, has a lot of heritage to live up to. That they're more than capable of it is clear right from the intro of this EP's first track, Nowhere to Hide. As Arte's vocals rise and blaze over atmospheric chords and shifting patterns of arpeggio, we're drawn inexorably into No Concept's sonic world. And, trust, the title means what it says. There's no hiding from the vicious lash of those snares and thorax-shattering kicks and bass when this beast drops. But then there's another facet of the No Concept sound displayed in Fingers. As the shadowlands of the first few bars unfold before us, there's an unsettling uncertainty about where this track might be taking us. And that pitch-bending build delivers us somewhere just a bit different from the average. There's an stridently insistent riff that draws inspiration from jump-up, but with a serrated-edge low-end power that makes it something else entirely. 4 Dayz is another twist to the tale. A minimally percussive intro, punctuated with dark tinges of vocal, sets the tone. Then there's the heart-stopping drama of that drop-out before the inevitable hammer-blow. This hearkens back to classic techstep, rolling breaks supported by a two-step pattern that punches huge holes through the frequency range. All that, with a high-energy warping and modulating bassline that is going to keep the dancefloor enthralled. Closing out proceedings, we've got Waste My Time. With its ever-rising layers of percussive synths in the intro, those 4/4 claps, and floating vocal samples, this could almost be a reconfiguration of the hardcore formula. The drop is all about the catchiest of bassline hooks drives us onwards, with stabs and a sheen of reverberating atmospherics filling out the soundscape. All of this, supported by the neck-breaking drums that No Concept have already, even within this EP, made a staple of their sound. This is forward-thinking dancefloor DnB. And you know there's going to be a lot more where that came from.